Six reasons why you should go to Wimbledon 2016

“I think I must be in heaven!” These were the words uttered by my friend as we stepped through the gates of the iconic Wimbledon lawn tennis grounds last June. This was followed by, “How can I ever get married? What can be better than this?”

Our love for Wimbledon started as schoolgirls, watching it between exams. We’d talked for years about entering the ballot or camping out in the queue. So being there, in the grounds, holding proper tickets, was the equivalent of our 14 year-old selves meeting Leonardo DiCaprio in his Romeo & Juliet days. This year, having been lucky in the ballot again, our excitement was uncontainable. Because Wimbledon is all kinds of joy rolled into one, and possibly the most sublime event I have ever been to… here’s why you need to go next year: 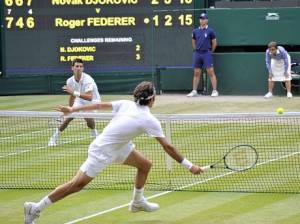 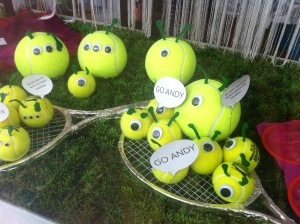 So if you’re missing the constant BBC coverage of Wimbledon, worry not – the ballot for next year’s tournament usually opens in August for the following year, and you’ll have until December to get your applications in.

This entry was posted on July 15, 2015 by cathamou in And Then Some, Food and tagged Andy Murray, champagne, pimms, strawberries, strawberries and cream, tennis, Wimbledon, wimbledon village.

Promote your Page too